Let us seek health for ourselves, our community, and our world.

Asparagus: Spring in a Vegetable 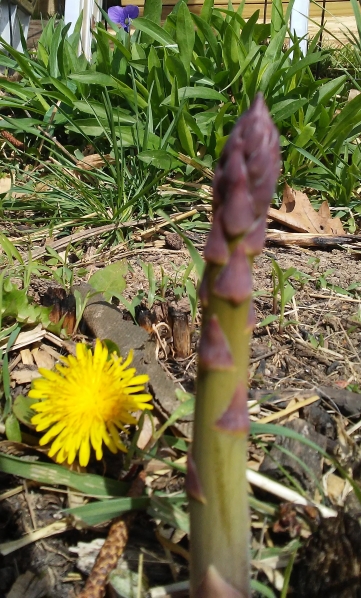 SPRING From you have I been absent in the spring, When proud pied April, dressed in all his trim, Hath put a spirit of youth in every thing. Sonnet 98, 1-3, William Shakespeare 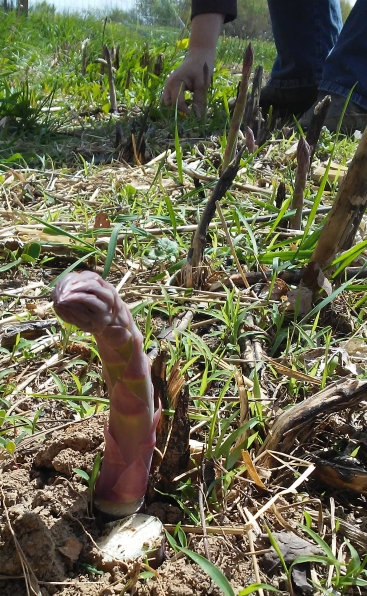 From you have I been absent in the spring,
When proud pied April, dressed in all his trim,
Hath put a spirit of youth in every thing.
Sonnet 98, 1-3, William Shakespeare

Spring does not have the bounty of summer produce, but the foods that are available are full of personality.  In old French cookbooks, they would note that certain recipes needed an “April egg,” because it would be lighter flavor and color than eggs the rest of the year. If there aren’t a lot of insects for the chickens that produce them to eat, you can tell in the egg they produce.  This mindfulness about where food comes from, how it is produced, and how we fit into the amazing ecosystem where we live always makes me pause in wonder.  Community Supported Agriculture shares are a great way to regularly get seasonal produce this year.  I am very excited to start getting our CSA share from Luna Circle Farm!  It’s not too late to sign up for many area CSAs.

Back to spring foods with personality… Asparagus has a creamy freshness reminiscent of whipped cream immediately after it is picked, and then begins to become stringy and bitter within days (even within hours) after picking.  It is incredibly crisp in the cool beginnings of the season, bringing forth multiple harvests starting mid-April, and dries away as the season heats up by the end of May.  It has a satisfying, saturated crunch.  What better vegetable to showcase the cool, dewy, ephemeral, unprocessed seasonality of spring than asparagus?  When I see asparagus in the store in winter, I die a little bit inside because I know it must have traveled a long way to get to the store and it just won’t have the same texture and flavor it does in its proper season.  If this is the way you’ve tried asparagus in the past, don’t give up!  You’ve seen its worst side!  It is no surprise that many people don’t like the old, processed asparagus they find in the store if they try it off-season.  Additionally, the worst thing you can do to prepare asparagus is to overcook it.  That’s the opposite of the spirit of this vegetable.  A vegetable that is the harbinger of spring should be undercooked, if anything, just like the season from whence it came.

The best way to eat asparagus in my opinion is straight out of the garden or a wild place you find it.  However, there are some ways to cook it, even if it’s not in its spring-y, youthful self.  Note the common theme in all these recipes is short cooking times to avoid the stringy mess that asparagus becomes when it has been cooked too long.

Preheat an oven to 425 F.  Lightly coat as much asparagus as you like in olive oil, then sprinkle with freshly ground pepper, a dash of salt and a dash of garlic powder to taste.  Cook in preheated oven for maybe 10-12 min.  Remove, squeeze some fresh lemon over the top, and enjoy.

Use all the same ingredients as above, but sautee asparagus over medium heat for about 5 min, so it is slightly wilted but still crispy.

Blanching involves heating water to boiling, then just barely letting the item being blanched touch the water.  Often having a metal sieve/colander/something you can quickly get the veggie in and out of the water helps. For asparagus, get the water to boiling, put as much asparagus as you’d like to eat in the boiling water for 5-10 seconds, then remove asparagus from the water, plate, and add ingredients from the first recipe. 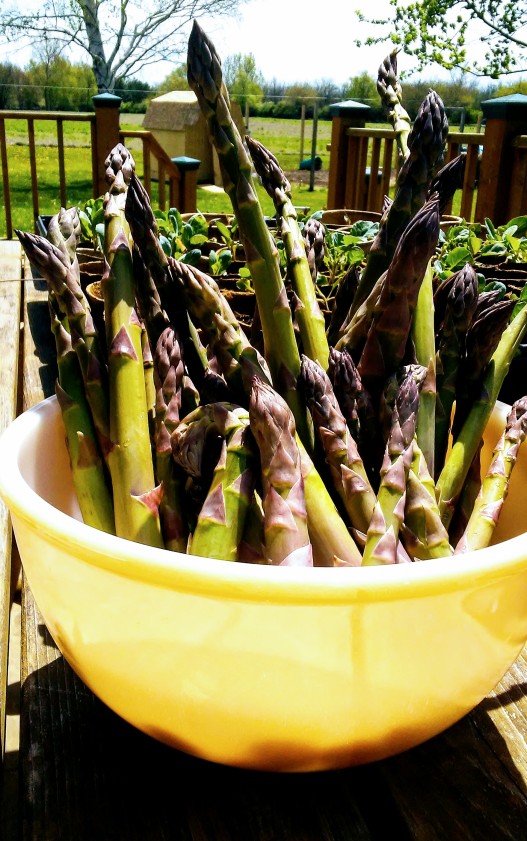 Buttercup BBQ….Overwintered Produce at the beginning of Spring 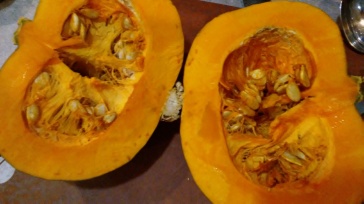 This is a hard time of year for a plant-based diet in Wisconsin.  We are so close to the season of amazing fresh produce all the time, full of life, color, spice and variety!  I can almost taste the fresh asparagus spears, fun cool-weather greens like lemon-y sorrel, spicy arugula and kale, and sweet snap peas that arrive in the spring and herald a produce-rich summer and fall…  But we are not quite there yet.  “Local produce” is still limited to whatever we have been able to save from the previous season.  The hearty fruits and vegetables of the fall and winter- rutabagas, parsnips, squash, beets, etc.- can hold out during many of the colder months.  For this recipe, I used overwintered Buttercup squash … it was a bit drier than it would have been when it was harvested in the fall, but still good and sitting in the root cellar brought out even more sweetness over the winter.  If squash is stored in cool cellars it will often last the whole winter, but it is important to check it over if you do this before eating to make sure it is still of good quality after those several months.  Finding varieties of produce that overwinter well used to be commonplace before we were able to ship produce in from all over the country, and I still prefer to overwinter my own produce when possible!  Some varieties of apples can even be stored for months at low temperatures, for example.